it comes n go..
in a sight of moon..
at it comes, warm fills in..
heat up the surrounding within..
as it goes..
cool sweeps in..
shiver starts from within..
& d pounding inside..
was never apart..

O Allah..
am i too full of sins till all things on this earth is against me..?

this morning i hit another car while driving

and today, they had an open house an im not invited..

its not the food i want..

but, it is as if im being ignored n neglected by others..

forgive me Allah, if i've did too many sinful things until everthing is going against me..

yesterday, d day before.. and all recent days that i had gone thru are certainly indicating i am not worthy to stand, to live among them..

a no one.. unuseful person..

forgive me Allah.. please do..

no one here in this world are willing to lend a ear, a shoulder ..

my fever has been on goin since monday..
been eating medcine ( i think).. yet it doesnt seem to get any better..
in fact, i think its getting worse each hour..

and today i went to mornington, to sooth my headache..
and Allah bless the way with His Rahmah.. the rainfall..
though im having a fever, but i really love rain.. and
somehow, my heart feel at ease..

the oceans, the winds.. seems like in an angry state.. allahu'alam..

and im afraid, Allah's anger to me is even grater than the distrubing ocean waves..
Forgive one here.. she's keep on forgetting that to You belong everything in the heavens n earth..

and one came back from mornington early, for one knew, she had other more essential stuff needs to be done..
and suddenly one here got msg, regarding programs on thursday, friday n saturday..

O Allah.. will one here make it one time to finish up her studies n assignments n project work..?

and just know a sis invite to hang out for dinner to 'windup'..
i thought it was due to sumthin special need to be discuss.. and it wasnt..
yeah, one enjoy the short outing 2gether.. but latter in avenue, haslinda's house...
one headache came back.. and so did one fever..
one feel lik banging this head with a hammer.. telling the brain inside to behave..
and to bang one's heart.. telling is to stop aching as well..

one dont know whether one will make it on time to get along tonite at uni... and to return back later..

hopefully, one will not faint as one did recently.. lucklily, no one was presence.. (i think)
k..
on can not think straight anymore..
one keep seeing double back again..
huhu..

n, i drove there to philip island..
i guess, since its 2++ hours driving dari epot, i got a major headache upon arriving at i-centre..
and i wasnt feeling too well..

and tadi nk balik, i was a bit better..
i thought, ok i could drive back, since earlier no one want to drive, dengan alasan, klu jln melb lurus x perla...
n suddenly it seems that my dad want to drive, yeah, so ok.. i put the GPS to the desired destination..

and i slept all d way, i guess i was tired.. but hey, i will always sleep in car if im not the driver.
and suddenly, near south gipsland highway, my dad seems to be irrated with me cause i do not know how to get back to city.. keep on hammering harsh words on me..

but i was really2 hurt by the harsh words my dad hit on me...

2morow, though its their last day of hols in melb, im not goin our with them..
for im afraid i'll juz place my revenge back to them..
at 12:26 AM No comments:

i thought of suicide, its just that i know Allah will be angry with me if i do suicide myself...
but others, are true...

at least 8 out of the 10 signs listed above are what im going thru...

for each things dat happens..

and Allah has said, all things dat has happened is from what one hand had done..

tapi could they at least give me chance to improve my self instead of blocking me from moving foward..?

in which Allah said, lebih important to give to the one who wants it than those who have power..

but im being neglected now..

why did not they neglect me back then..?? it wont be as hurt as now..

for im ready to work, but im being surpress

it seems ages ago..
yet it was not too long before..
days has indeed grew longer..
still death call seems closer than before..

each time one clouds weigh heavier
before the glooms visibly portray
you held out a pail
for the rain to falls
to tumble it dry, and clear one sky

each seconds the mist emerge
shadowed the sight, swoon the mind
you resolve it off
and lighten the way
with hand in deep
guiding pass, rarely retreat..


why oh why..
u shine one from beneath the sky
for rarely do one sprout..
whatsmore to let it bloom out..

the flowers of love..
watered with the drops of truth..
the ocean drowns sorrow
and the vessels sail with hope..

for the sun which has descends..
will rise up once again
to shake the snooze of the universe..
the breeze give one to shake
from the dreams to the blazing coal lies ahead..

along this line..
never be affront..
one never did intend..
for it rub to walk the wrong path..

forgive one here
for the topical feat that been gathered
as it follows
an intention to free
the burden that you shoulder
that one kept on mounting
from the rise of dawn, till dusk to arrive
with hope, one will never tax your life again..
at 11:20 AM No comments:

what? d heart to say

my old, schoolmate friend has juz proposed to me..

and i was juz talking to a_s just now saying not to get married..

life is a mystery..

and i dislike d oppose gender.. for i've enough deal with them each day in uni
at 9:29 PM No comments:

it really hate itself more ever than before..

one here now, she's never be the chosen one..

for one is sooooooooo dump
soooooooo useless
s0000000 ever worthless

and why is one still here, in melb..?

one should have taken the chance to retreat back to msia, when was offered ealier this year..

but back then, one kept on thinking,
'how am i suppose to do dwh back there..?'

so, with that, one thought,
'ok, i'll come back to melb for one sole reason, for Allah.. for His deen..
to be a daie ilallah..'

yet.. as time pass by..
one feel like she's being pushed down from emerging out..

o Allah.. please wash away one bad thinking of others here..

and last wed was a day where one think she could ever forget!!

one flunk one test in c_s..

and later that day, one got an email which shattered immediately one's heart..

one opened it in the libry..

which one tears keep on pouring out, streaming down for more than 1/2 hour..

one think she would perhaps jump off the building if one didnt remember Allah..

and one immediately look for one's sister who's was online.. thank u Allah for it..

yesterday, one head was banging like crazy in lecture..

and one hand keeps on stiffening, sometimes refuse to hold the pen correctly..which sort of giving one difficulties in writing.. huhu..

each time when one's not writing anything, and hold the pen without a base for it, the pen will fall off a couple of minute later..

later that day, in lecture, one again feel like fainting..

but one keeps on saying to one self..
'u cant faint right now.. its not appropriate to collapse in such a place..'

so, one decided to not attend one's tutorial..
one went to the boueveri prayer room and lie down there..

and today - friday-
one again did not attend one tute.. for one actually forget about it..
huhu..
mampuslah ko mcm ni..
blaja pun x ingat
x paham 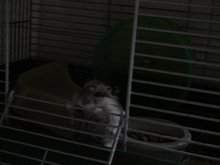 this is a place

where the writer writes what it feels like on its life of this hectic world..